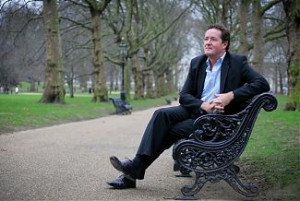 Among the many initiatives Piers Morgan introduced at the Daily Mirror – the 3am Girls, the anti-war stance, the declining sales, etc – was a zero tolerance approach to pushy celebrity publicists. It is a surprise therefore that the PR arranging my interview with the former tabloid editor tries to insist that weuse the pictures they have taken and that we run a competition linked to a product Morgan is promoting. The cheek!

It is the first thing I mention to him as he joins me and Charlie Bibby, an FT photographer, for breakfast at The Wolseley restaurant in London on Monday morning. “Did they really say that? Hilarious!” His laugh ricochets around the room. “It is disgusting how far I have disappeared up my own arse.”

I continue with my complaint as he takes a seat, drawing attention to the press release promoting “Johnnie Walker Blue Label Presents”, an invitation-only gig where Morgan will interview referee Pierluigi Collina. It features several ludicrous lines, not least the description of Morgan as “the man behind almost every major news story of the last decade”. Chuckling, he grabs the press release from me. “Don’t you just love it? Brilliant! It’s true! Hahaha!”

The man born Piers Stefan Pughe-Morgan is exactly as I remember him from 2003, when I interviewed him towards the end of his editorship at the Mirror – aggressive, wise-cracking, abusive, funny, annoying, arrogant, charming, self-deprecating. He says the only thing he remembers about the piece was the caricature of him as a “Billy-Bunter-meets-Christopher-Biggins”-type figure, while the only thing I remember about it is a quote from Morgan saying: “I will give it my all until I am inevitably sacked. And when I do I’ll go and do something else.”

That is exactly what happened – Morgan was fired following a gaffe involving fake pictures of Iraqi prisoner abuse by British troops – and went on to do something else. The nature of this something else is made evident by the woman who calls me from his office suggesting The Wolseley as a venue for breakfast. When I offer to book, she says: “Don’t worry. I’ll just mention his name and we’ll get a table.” The message is clear: Morgan is as much of a celebrity now as the people he used to publish stories about. “D-list and climbing inexorably,” he trills. “She was right though. We have got the table. Look at that prat A.A. Gill over there. He is stuck out in Siberia with Jeremy King.”

Jeremy King is one ofthe restaurateurs behindthe Wolseley. Columnist A.A. Gill is one of countless people Morgan has fallen out with publicly, others being Jeremy Clarkson, who punched Morgan at the British Press Awards after the Mirror ran a picture of an extramarital kiss, and Ian Hislop, the editor of satirical magazine Private Eye.

I’m not sure why A.A. Gill has become a foe but he gives Morgan terrible reviews every time he appears on TV and it is evident from Morgan’s ranting, as we study our menus, that the feeling is mutual.

“I love the fact that Gill, Clarkson and Hislop wake up most mornings thinking of me.” Does he really think they are that bothered? “Totally. When they get together they piss all over me. Clarkson is such a little squirt. If there is any repetition of that behaviour I shall make him go down like a sack of spuds. It ain’t over yet . . . ”

The diatribe is bought to an abrupt and welcome end by the arrival of the waiter.I order the scrambled egg and toasted brioche with tea and Morgan does the same. Having drifted off a little during his outburst I ask him to remind me what he was on about. “No idea mate,” he says. “You’re doing the interview. Fucking hell, this is already descending into farce.”

The tea arrives. “Tell me, how long into the interview before you invade my privacy? There’s always a ticking clock with you broadsheets. Just spit it out.” To be honest I don’t really have any questions about his private life – apart from wanting to check whether he is engaged to Marina Hyde, the Guardian journalist for whom he left his wife a few years ago. “No comment. I never talk about it. It is ungentlemanly . . . ”

He struggles with his tea strainer and then smiles. “You haven’t read the Sunday papers have you?” I read a couple of them. “Hilarious. This is great! I have already caught you out.” Eh? “You have no idea what you should be asking me but it’s fine. You’ll realise when you get back to the office.” Piers: are you saying there was astory about you in the papers yesterday? “Mate, I’m not telling you. How marvellously incompetent.”

The conversation continues in this vein for some time. In the end I have to send poor Charlie out of the restaurant to find out what Morgan is on about. As he leaves, he asks for a clue. “Mail on Sunday. Page 11.” Another cackle from Morgan in my direction. “I’m embarrassed for you. What a car crash. I mean . . . the one thing you do before an interview is check the weekly cuts.”

As we’re on the subject of extreme journalistic incompetence, it seems a good time to raise the subject of the City Slickers shares scandal that broke at the Daily Mirror nearly six years ago and recently reached a conclusion when the authors of the paper’s financial column, James Hipwell and Anil Bhoyrul, were found guilty of “conspiring to profit by creating a misleading impression as to the value of a company”. Hipwell and Bhoyrul had bought shares in Viglen Technology, owned by Sir Alan Sugar, the day before they tipped the company. For some, the case raised serious questions about Morgan, who bought shares in Viglen the same day but has always denied knowledge of the tip.

“I have said I’m never talking about it again in my entire life,” responds Morgan tersely. Yes, but a few days after saying that he wrote a letter to the Daily Telegraph on the subject. Come on: how on earth did he get away with it? “Get away with what?” It looks terrible. “The point is that it always looked bad. The idea that somehow the trial unleashed a torrent of damning information is complete bollocks.” There was the implication of a cover up. “The people who allege these things all have their own vested interest and some of them are heading for the slammer.”

The food arrives and Morgan tips what looks like half a cellar of salt on to the side of his plate. “One day I am going to write a book called Viglen, which will be acompilation of all thestories written about meby broadsheet journalists, placed next to the simple facts. Just to show how ill-informed the broadsheets are.” Sounds like a potential blockbuster. “Well, I’d buy a copy.” He scoffs a gobful of salty egg.

To give Morgan his due, the book that he has written most recently – The Insider, The Private Diaries of a Scandalous Decade – has turned into a bit of a blockbuster, selling 190,000 copies in nine months. I enjoyed it a great deal but, as with the man, it is not without irritations: there is way too much self-justification and Morgan’s low view of the journalistic profession is irritating. As ever, he mounts a vigorous defence. “Do you know any journalist you have ever worked with, if exposed to the same examination that they give bloody politicians, would actually survive?” Well, I don’t know if my life would but I’m sure some of my colleagues . . . “Absolute bollocks. You’re the worst kind. You’re all spanking rent boys.”

At this point, Charlie returns. He had tried getting a copy of the Mail on Sunday from the Ritz next door but ended up having the story dictated to him by someone in the office. I read it out: “The latest writer to catch Morgan’s eye is Celia Walden, the Amazonian daughter of former ToryMP George Walden . . . Last weekend, Morgan was spotted slow dancing with Ms Walden into the early hours at London’s 606Jazz Club, near his Chelsea bachelor flat . . .”

Morgan beams like an air stewardess. Suddenly, I get it: the man who spends his diaries giving the impression that he is irresistible to women is actually rather chuffed with this story. He wants me to delve. I go along with it. So then, Piers, were you slow dancing with Ms Walden? “Hang on a second.” He types a number into his mobile. “This is going to be hilarious.” Oh God: I think he is trying to get hold of Ms Walden. Is he?

“Sorry, you are invading my privacy. Is that what you do at the FT?” I say I genuinely do not care: the only way any of this could be of any interest to FT readers would be if he had been slow dancing with Alan Greenspan. “Mate, you obviously do care or you would not have gone to all this effort to find out . . . ”

Luckily, there is no response from the number. Just as fortunately, A.A. Gill leaves the restaurant without spotting Morgan. But Jeremy King does pop over to say hello, prompting Morgan to make a series of predictable jokes about how the FT is trying to invade his private life.

King asks whether we have enjoyed our breakfast. I reply that it has been fine but that the company has been a bit of downer. Morgan finds the remark hilarious. His ability to laugh at himself is by far his most redeeming quality. He is rarely happier than when you insult him directly.

With King moving on, I ask Morgan what an ex-editor of 40 does to occupy himself. He lists a series of commitments: speaking engagements, a new BBC1 series and the Press Gazette, the journalists’ trade paper, which he has recently bought with Matthew Freud. He then mentions a new two-book deal with Ebury, for one non-fiction book and one novel.

“There are a lot of stories I could not put in my diary for legal reasons. So I’m going to change the names and stick them in that.” Is he going to appear as a character? “There will be a maverick, good-looking, clever, genius figure yeah . . . ” With half-wit tendencies? “Hahhaha. Yeah, prone to half-wittery.”

The advance on the book deal is apparently a large six-figure sum and, combined with the seven-figure sum he got for his diaries and the estimated £2m payoff he got from the Mirror, it means he must be loaded. “I don’t have to clean the streets if that’s what you’re getting at.”

Does he need to work? “Well, I am not on thebreadline but I am not Philip Green. I need to keep working because (a) I love it and (b) you need to pay the bills. Three hungry sons, you know . . . ”

Does he ever wish he hadn’t done everything so quickly? He was editor of the News of the World at just 28. “How old are you? 29? Ha! I was editor at your age! Does that depress you?” Piers, I started feeling depressed the moment you walked through the door. “Hahaha! Brilliant.”

Would he ever edit again? “You know what, I think I have worked on some of the biggest stories in the world.” He is beginning to sound like his press release now. “But you never know. I would quite like to do a Sunday broadsheet . . . ” 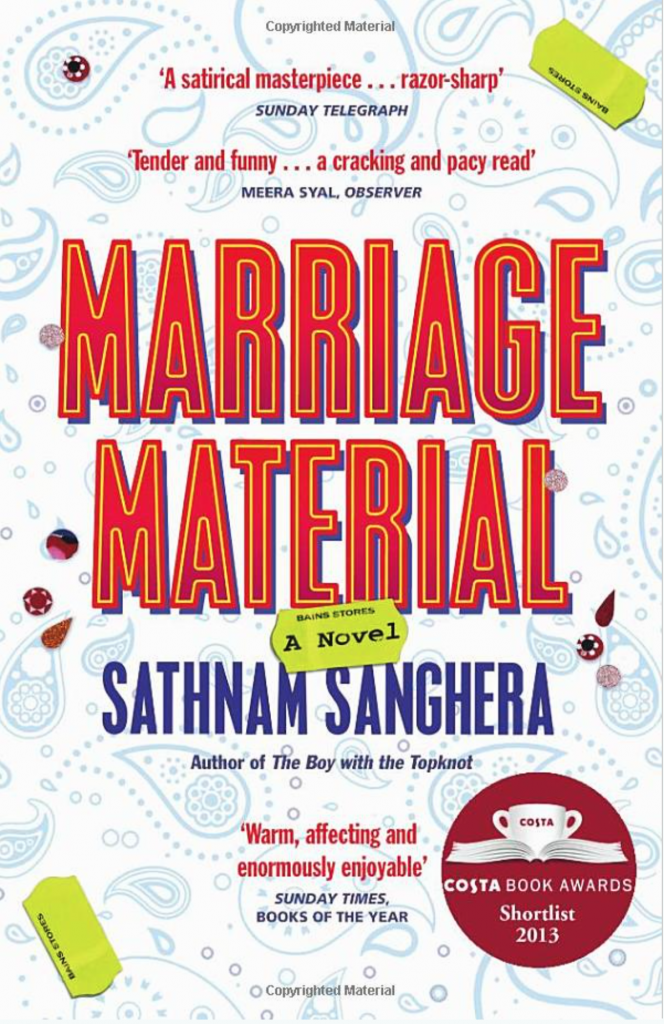