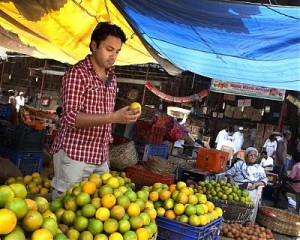 I wouldn’t want to give the impression of being deluged by racially abusive correspondence, but there is a steady trickle and, when the letters arrive, they usually tend to: (a) be handwritten; (b) include clippings of offending articles with passages highlighted in yellow; or (c) feature an “amusing” deliberate comic misspelling of my name before suggesting that I get back to where I came from.

However, the other week I got one such missive that obeyed all these rules, with one crucial difference: instead of instructing me to get back to the “backward” nation of my ancestors, it told me to remain where I was. “Dear Shatman,” it began, “You described yourself in a recent article as ‘Indian’. Can you name the Indian President? Can you sing the Indian national anthem? In what way, then, are you Indian?”

I realise that the author’s aim was not motivational, but it was no surprise to discover that bigotry comes in all hues. The irony of being told to stay away from the country I’m usually told to get back to made me laugh, and, if anything, I took the letter as yet another indicator of India’s growing confidence. And an invitation to go on a city break … to Mumbai.

Mumbai may be on course to becoming the world’s most populous city by 2020, but, it has not, let’s face it, traditionally been ranked alongside New York, London and Paris as a city break location. And given my failure to find a single travel guide for the city at Heathrow, this may well be an impression that persists. Indeed, as a British Asian I probably struggle more than most with the idea of Mumbai as a tourist destination, given that I was brought up to view India as a place from which people emigrate.

But all this has changed in recent years. British Indians are going to India in significant numbers to live and work. The film Slumdog Millionaire has sparked mass fascination with the city of Mumbai. And having in general become more interested in my heritage, enjoying trips to Rajasthan, Goa and Delhi, I grabbed the opportunity to finally see Mumbai.

What was it like? Well, I expected a cross between New York City and New Delhi, but what I discovered was something even more extreme.

India has, of course, always been seen as a land of contradictions by Western visitors — a tendency that William Sutcliffe satirises in his gap-year novel Are You Experienced?. “India is at the same time the most beautiful and the most horrific country,” remarks a character. “I love it here . . . but hate it here.” After a short pause, another character adds: “I . . . hate it here. But love it here.” However, in Mumbai, breakneck development hasn’t smoothed out the contrasts: it has amplified them.

This is a deeply patriotic city that is nevertheless plastered with adverts for skin-whitening treatments. The sub-continent’s most cosmopolitan city, which is nevertheless divided by religion and sectarianism. A city where Aston Martin has just opened a franchise, but where there are few roads smooth enough to actually drive the machines at a reasonable pelt. Wildly liberal and, yet, so coy that the guide for the Four Seasons hotel, where I stayed for two days, advised avoiding physical displays of affection between couples and the local paper brought news of a seafood restaurant that was refusing to serve women alcohol in order to “protect their modesty”. A city with a population of 19 million which is still so intimate that while buying mangoes in Crawford Market I was castigated for being unmarried at the age of 34 by a market stall- owner. And a city where I cooed at the sight of the Indian billionaire Mukesh Ambani’s $1 billion 27-storey residence, believed to be the world’s most expensive home. The only real discomfort I experienced was my sunglasses steaming up as I moved between my air-conditioned car and the air-conditioned hotel foyer, but where I was never more than a matter of yards away from one of the nine million slum dwellers, who have to cope with a lack of water and sewerage, and suffocating pollution.

I had been apprehensive about the trip because it was an escorted tour. I went on one to Ecuador and spent it feeling hassled by the driver and guides, and feeling pressure to make endless conversation and to appear always interested. But the help came as a relief in Mumbai. One of the biggest challenges of this crazy city is getting around — there are traffic jams that make a Bank Holiday trip on the M25 seem like a relaxing jaunt down a country lane. Having a driver made navigation much less stressful.

Meanwhile, Jasmine Kotval, the guide, made sites such as Victoria Terminus, the largest railway station in India, come alive, as Monica Vaziralli, the designated “personal shopper”, not only had an uncanny knack of knowing exactly what art, clothes and furniture my partner and I might like, but also took us into the heart of Mumbai society. Monica treated us to lunch at the members’ only Willingden Sports Club and invited us to a rooftop party at her city residence, where we mixed with figures of industry, writers and Bollywood types while an organist, rather surreally, played easy-listening cover versions of Cliff Richard songs.

It wasn’t because I’m a journalist that I got this special treatment either — the travel company with which I went to Mumbai said it was “very much in Monica’s nature to embrace [her travel] clients, or rather highjack them, into the Mumbai scene”. And as a consequence the trip felt less like visiting a city as a tourist than seeing friends, and despite the brevity of the holiday my impressions went deeper. Though, having said that, I’m aware that some of the greatest writers in the world, in the form of Rohinton Mistry, Gregory David Roberts, Suketu Mehta and Aravind Adiga, have struggled to scratch the surface of this megalopolis in epic titles such as A Fine Balance, Shantaram, Maximum City: Bombay Lost and Found and the forthcoming Last Man in Tower, and I’m not going to claim to offer more than a relatively superficial tourist’s view.

The first of my discoveries on this front: India now has something resembling a middle-market offering for tourists.

If you have visited India in the past ten years you will know that it does cheap street markets and high-end luxury very well — and, sure enough, in 2011 there is no shortage of places in Mumbai at which to sample amazing street food, spend whole afternoons haggling for clothes, buy Bulgari necklaces, spend $15 on individual cocktails or be served seven-course lunches on gold-plated crockery. Somehow, even the security guards and, in some cases, the armoured personnel carriers that have guarded five-star hotels since the terrorist attacks of 2008 add to the feeling of being protected and pampered.

But Mumbai now offers something in between: outlets such as French Connection and Mango, smart but affordable cosmopolitan chain restaurants comparable to Strada in the UK and furniture outlets that resemble something you might see on Tottenham Court Road in London.

In fact, of the many great dishes I enjoyed across the city, the best wasn’t Indian — it was a seafood pasta at the Indigo Deli. Delightfully, Western food in India is more than a branch of McDonald’s. The best interior furnishing I saw was at Bungalow Eight, a kind of Indian Heal’s.

That leads me to the other big difference between Mumbai and the India I have visited in the past: its incredible confidence. I was at Monica’s rooftop party on a day she had, as it happens, been featured on page three of the social pages of The Times of India, when, having just talked to a man who was setting up a new luxury hotel, and another man who was running a major chocolate brand across Asia, I was introduced to a relative of the person who set up Bungalow Eight. I gushed that I wanted to take everything in the store back home and remarked that she really should consider bringing it to London — it would do very well. There followed a silence and, eventually, the kind of direct response in which Indians specialise: “Why would we go to London? There is no money there. We are making a fortune here.”

Mumbai’s confidence is palpable. You would be mistaken if you think that the way the residents can’t really decide whether to call the city Bombay or Mumbai — The Times of India writes “Mumbai” on its front page bylines while branding its social section “Bombay Times” — reflects an anxiety about its post-colonial status. Indeed, I’m not sure that I would recommend Mumbai if you want to feel flattered as a Westerner or are after a relaxing city break. It’s too hot: in April, daytime temperatures range between 26C and 36C.

Nothing is predictable: an impromptu festival erupted at the foot of our hotel for 48 hours and kept us awake for two nights. Even with a driver the city is stressful to navigate: for all his patience, ours nearly ended up in a fight when he picked us up at the airport.

But if you are a Westerner who doesn’t mind feeling humbled or feeling poor — and sometimes even unsophisticated — in what is still laughably described by some as a Third World country, if you want an insight into a city that will shape the 21st century, in amazing and terrifying ways alike, book your flights right now.